Falguni Nayar Wins The EY Entrepreneur Of The Year™ Award 2021 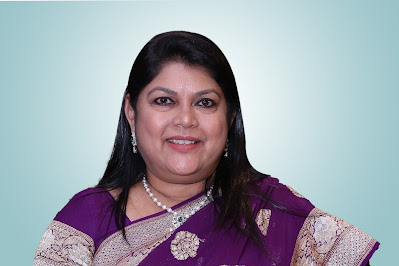 Ms. Falguni Nayar, Founder & CEO, Nykaa, was today named the EY Entrepreneur of the Year™ 2021 and will now represent India at the EY World Entrepreneur of the Year Award (WEOY) on 9 June 2022. Shri Bhupender Yadav, Honourable Minister of Labour & Employment and Environment, Forest & Climate Change graced the ceremony as the Chief Guest and addressed the audience. Dr. Bhagwat K Karad, Honourable Minister of State for Finance was the Guest of Honour.

An investment banker turned entrepreneur, Falguni Nayar disrupted a brick-and-mortar industry by taking a digital route to sell beauty products in 2012. Her start-up, Nykaa, is one of the profitable start-ups in the country with a strong omni-channel presence. Over the last two years, she has diversified from beauty into fashion and lifestyle and has a well-established portfolio of over 2,600+ international brands and 100+ offline stores. The company recently raised fresh capital for expansion through a blockbuster IPO. Falguni was the recipient of EY Entrepreneur of The Year Award in the Start-up category in 2019.

In his address, the Chief Guest, Shri Bhupender Yadav, Honourable Minister of Labour & Employment and Environment, Forest & Climate Change said, “India is marching towards an inclusive and sustainable economy which firmly believes in enabling and enhancing the efficiency and efficacy of our entrepreneurs. It is great to see that this year, EOY Awards has 21 Finalists with combined revenues of INR 1.87 trillion, who collectively employ more than 2,60,000 people; this is a testimony of nation’s entrepreneurial talent.”

A M Naik, Group Chairman, Larsen & Toubro, was felicitated with the Lifetime Achievement Award. Mr. Naik joined the L&T in 1965 and grew within the ranks to become the Chairman and Managing Director in 2003. He has been instrumental in transforming the engineering services company into one of India’s foremost conglomerates spanning engineering and construction, energy, finance and IT. Imbibing ‘Atmanirbhar Bharat’, he has given a strong ‘Make in India’ orientation to the company's products and has engaged L&T in sectors of national significance of defense, nuclear, energy, aerospace, infrastructure, oil & gas and power.

Awards were also announced for nine other categories with the winners representing both mature industries and young entrepreneurs from startups including unicorns.

Posted by editor-manu-sharma at 6:45 PM