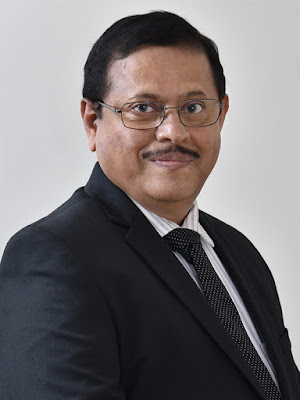 Mr. Gopalakrishna has been a career Central Banker with RBI for over 33 years in various capacities and retired as Executive Director (ED) in 2014. During his stint as ED RBI, he was overseeing the Department of Banking Supervision, Dept. of Non-Banking Supervision and Foreign Exchange Department, among others. He was later appointed as Director, Centre for Advanced Financial Research and Learning (CAFRAL) promoted by RBI (2014-17). Presently, he is also on boards of a few other financial institutions and companies.

Talking about the development, incumbent NBFC Director Vivek Veda said, “We are delighted to have Mr. G Gopalakrishna on our Board. His strong supervisory and regulatory background and significant experience in the finance industry will help the company achieve its ambition of becoming a trusted and performance-oriented consumer lending NBFC for all associated stakeholders.”

On the appointment, Mr. G Gopalakrishna said, "Financial inclusion in a diverse demographic in India is the need of the hour. What impresses me about Krazybee Services Private Limited is not just the social sensitivity they have showcased by extending the credit line to consumers which are underserved largely by banking institutions & traditional NBFCs, but also the austerity with which they have managed their business and operations.”

Krazybee Services Private Limited is a Systemically Important Non-Deposit taking Non-Banking Financial Company (NBFC-ND-SI) registered with the RBI in May 2017, and currently lends on its partner platform KreditBee. The loan products primarily include personal loans with the tenure ranging between 2 and 15 months, with ticket size going up to Rs. 2,00,000.

Posted by editor-manu-sharma at 1:47 PM