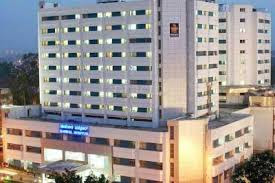 Manipal Hospitals, Bangalore stacked up yet another medical marvel and gave a new lease of life to Mrs. Jayanti Singh a 51-year-old school teacher who was suffering from recurrent brain stroke. The neurology team  who worked relentlessly to give her a second life and helped her go back to her nobel profession are Dr. Manjunath – Consultant Neurologist, Dr. Paritosh Pandey – Consultant Neurosurgeon and Dr. Ullas V Acharya – Consultant Interventional Radiologist.

Initially Mrs. Jayanthi was presented to the Manipal medical emergency department with history of acute onset right hand weakness, slurring of speech and deviation of face to the left since 4.5 hours. On arrival, she was evaluated by emergency department physicians and found to be drowsy but arousable with high blood pressure recordings of 180/70 mmHg. The power in the right hand was 3/5 with right-sided UMN facial palsy.

Speaking about the case, Dr. Manjunath, Consultant Neurologist at Manipal Hospitals Bangalore said, “Stroke alert was raised and we immediately took control of the situation. Imaging revealed small areas of strokes in the brain with occlusion of a large artery supplying the brain named left internal carotid artery. She was taken up for emergency mechanical thrombectomy where special equipments like stents and aspiration catheters were employed to remove the clot and establish reperfusion. This treatment was done through a small nick in the right leg through which catheter tubes were taken across the arterial system to the ones supplying the brain. Jayanthi was then put on anticoagulant therapy followed by antiplatelet and lipid-lowering agents in order to prevent stroke. She then underwent intense rehabilitation program and on discharge had regained most of her hand power to near normal with improved speech. “

Unfortunately, Jayanti yet came again to the Hospital on November 2nd with similar symptoms. The stroke had relapsed in this case and there was slurring of speech and facial drooping towards the left side, without any limb weakness.  Jayanti was in the hospital within the golden hour as she and her family were quite aware of the stroke symptoms due to similar experience in the past.

Speaking after the success of the case, Dr. Paritosh Pandey , Consultant Neurosurgeon  at Manipal Hospitals Bangalore said, “ Jayanthi was in the hospital for the second time. Imaging confirmed left  internal carotid artery occlusion with very small developing infarcts. She was immediately taken up for mechanical thrombectomy, successfully recanalised using similar techniques as in the past and showed immediate post procedure recovery. The timely act of recognizing early symptoms of stroke by the patient relatives and reporting to a nearby comprehensive stroke centre is commendable helping the patient recover without any neurological deficits. We at Manipal Hospitals have 24 x 7 stroke services rendered by an able active stroke team who strive to reduce burden of this emerging non-communicable disease, “ stroke”, otherwise simply called as Brain attack. “

Thanking the stroke team at Manipal Hospitals, Mrs. Jayanti Singh said, “Today I am  proud to go back to my  Noble profession and I have completely regained my speech and motor power. My heart felt gratitude to the stroke team at Manipal Hospitals who constantly supported me and give me a fresh lease of life not once but twice. Infact I am also suffering from Mitral stenosis that is a heart ailment and therefore my case was even more challenging for doctors. Today I feel healthy and the quality of my life has improved immensely. “

Around 1.54 million Indians are affected by strokes every year and the worse is 90 per cent of stroke patients failed to reach hospital on time. The lifetime risk of stroke after the age of 55 is 1 in 5 for women and 1 in 6 for men.
Posted by editor-manu-sharma at 3:24 PM