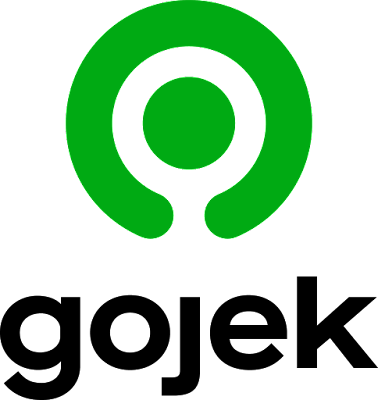 Gojek founder and former CEO, Nadiem Makarim has today been appointed to a role within the Indonesian government as Minister of Education and Culture.

Nadiem’s departure from Gojek has seen Kevin Aluwi and Andre Soelistyo take over responsibility for running the company as co-CEOs, with a focus on ensuring the long term sustainability of the business. Nadiem, Andre and Kevin have been running the business together for a number of years, which will ensure that this leadership transition will run smoothly.

Nadiem’s news was communicated in an email to all Gojek staff that was sent today. In the email, he looked back on how the company has grown over the past nine years and also set out his hopes for the future of the business:

“We started this company with nothing, other than a deep desire to change things for the better. We saw that the streets of Jakarta were a mess and that there was an informal community of ojek drivers who could easily act as a huge part of the solution to that mess, if only they were organised and working efficiently.

“With just that initial desire to improve life for everyone, as well as a large amount of support from countless friends, partners and stakeholders, we’ve created Gojek. An iconic company that flies the flag for the future of Indonesia and Southeast Asia.

“I will leave Gojek in the capable hands of Andre Soelistyo and Kevin Aluwi as co-CEOs, both of whom have played central roles in moving the company along its path from that office in South Jakarta onto the global stage.

“We got very lucky as we progressed along that path, but I believe that luck in business only really becomes a valuable commodity if you have the brilliant minds needed to take advantage of it. Kevin and Andre have mentored me to be the leader I am today. They are quite simply Gojek’s best. They have been running this company for a number of years and I have complete faith not just in their technical skills and ability to execute flawlessly, but also in their integrity and their desire to do the right thing every step of the way.

“High emotions are involved in running a company like Gojek but Andre and Kevin are always the steady voices of reason, approaching problems with intelligence and compassion. I couldn’t ask for better successors as the Gojek movement begins its next stage of growth.”

A joint statement released by Andre and Kevin said: “When a friend and mentor leaves a business you have built together, there is always going to be some sadness, but we are both determined that Gojek will go from strength to strength. We will continue to implement our vision as we focus on what the Gojek of the next ten years is going to be like.

“This company has changed the lives of so many people in Indonesia and around the region, and our key priority is to ensure that we can continue to act as a positive force in society for the foreseeable future.”

Under Andre and Kevin’s management, Gojek has grown exponentially, to process over two billion transactions a year. The company’s fundraising efforts have attracted some of the world’s most exciting companies including Google, Tencent, Mitsubishi, Visa, AIA and Astra, with Series F set to raise well over US$2bn. The company has also launched operations in Singapore, Thailand and Vietnam, while the Gojek app has become the most-used on-demand application in Indonesia, where its food and payments businesses have overtaken transport to become the largest businesses within the group.

With the new structure, Andre will focus on corporate functions and management of capital allocation, international expansion as well as the payments and financial services businesses, while Kevin will focus on the product development elements of the Gojek business as well as marketing, organisational development and the transportation and food delivery businesses.

Since co-founding Gojek, Kevin has held significant leadership roles across product and functional teams within the organisation. He has used his background in Business Intelligence to pioneer the use of data for decision-making across the Gojek business. He has also assembled deep technology expertise across the data, engineering and product teams, with a focus on enhancing the platform’s overall user experience. Prior to his role at Gojek, Kevin spent time at Zalora Indonesia, Merah Putih Incubator and Salem Partners.

Similarly, Andre has played a pivotal role in laying a solid foundation for Gojek’s rapid growth. He has overseen over US$4bn of fundraising, which attracted key investors such as Google, Tencent, Astra, KKR and Warburg Pincus. He has also laid the foundation for the company’s business strategy for long term sustainability. Prior to joining Gojek, Andre was an Executive Director at Northstar Group - Indonesia’s largest private equity fund, and was previously the Head of Corporate Finance at Delta Dunia Makmur.
Posted by editor-manu-sharma at 5:53 PM