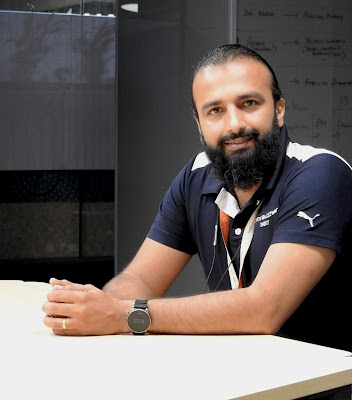 Over the last decade, there has been an incredible boost in studies and results in the field of advanced analytics. It is beyond doubt recognized that the technological masterpieces of Tesla’s self-driving cars attribute their systems to large machine learning models that work on spectacularly large data sets.

Nowadays, the technology we see in the field of advanced analytics are all designed by humans. We have yet to see an AI system develop its model that it can train and verify its result without needing human intervention at any point in time. This in itself forms the reason why today’s artificial intelligence systems cannot perform without human intervention.

How Has AI helped different outcomes?

Credit where it’s due, AI systems have proved that their processing power can largely exceed those of humans. With its large computing power and quick processing, artificial intelligence systems have been the major driving force of advanced analytics for businesses.

Recent studies have shown that more than 50% of the work done in a factory can be automated. The reason that humans still hold on to a certain percentage is that human-assisted advanced analytics has yet to be outdone by an AI system that claims to not need human intervention. Human intervention is of uttermost importance and finds itself irreplaceable (at least shortly) at certain critical points.

What are these critical points?

There are certain points in the process of developing an Artificial Intelligence System that require human intervention and would fail otherwise. Such points are often referred to as critical points.

For those wondering if AI can ever fully replace man, the answer is, “not anytime soon”. The main reason behind this is the fact that these critical points cannot function solely without depending on human assistance.

Let’s dive more into the process of creating a model via Machine Learning to understand exactly why human intervention is necessary.

To create a machine learning model, it is first required to establish a clear and distinct training set and test set. Human assistance is required at these points to verify and ensure that the model being created generates results that drive the purpose of the business it is made for.

A common misconception that has plagued our world recently is the fact that automation will completely replace humans in every field including advanced analytics.

There is an element of “logic” that Artificial Intelligence Systems have not yet been able to comprehend. This “business logic” is what gives humans the upper-hand when it comes to the functioning of AI-based systems and this why it can never fully replace man.

Even data scientists have included a factor of HI (human intervention) when considering predictions derived with the help of advanced analytics.

A new school of thought requests the world to think about how such AI systems can help humans achieve greater feats rather than replace them. This, in turn, will remove the existing fear which although justified is not necessary.

In simple terms, an AI model or Machine Learning model is only as good as the data it is trained with.

With all the hype and commotion, advanced analytics using artificial intelligence systems have caused in the world of technology, humans are here to stay come what may. As long as AI systems are incapable of reasoning and applying logic to situations, human intervention will remain necessary at critical points.

Be it in the healthcare industry, the automobile industry or the retail market, machine learning models and artificial intelligence models have a long way to go before it takes over human intervention.

Similar to the first AI winter that existed from 1974 till 1980 and the second that followed in the years 1987-1993, AI winters might occur again when progress starts to stagnate and a plateau is reached momentarily. The next possible plateau would be where AI “tries” to fully replace a man but fails at the mentioned critical points.

Just like how the previous winters were followed with enormous booms, such plateaus should not be feared because they act as a training ground for evolution in the field.

With all that said, the future of artificial intelligence systems is brighter. If these systems can work hand in hand with humans, both sides can reach newer levels of success without conflicting interests.

Posted by editor-manu-sharma at 7:26 PM