Canon India Reaffirms Commitment to the Country with ‘Vision 2025’ 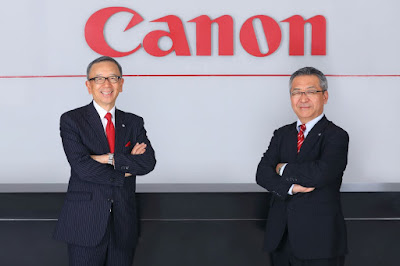 With about 25% contribution to the overall revenues of Canon, CAMG has emerged to be amongst the best performing regions, with India becoming the second highest contributor to their growth trajectory in Asia, after China. With their continued focus on innovation and customer delight, the imaging leader has shared their target for Canon Asia to reach the 10 billion US$ mark by 2025.

In 2017, Canon India reported sales of Rs 2,614 crore, marking a double digit growth of 11 per cent (including impact of GST). With Canon India continuing to grow at a double digit growth, Mr. Ozawa also shared his vision of seeing Canon India as the leading contributor for CAMG, by 2025. With its extensive, input to output product portfolio, the organization has seen equal contribution from both B2B and B2C segments. The imaging leader in India is envisioning to close the year with a double digit growth as well. As part of their way forward strategy for India, the organization plans to expand to new domains like medical imaging, surveillance and industrial equipments.

Further, the company has grown steadily in the country to make its presence felt across the nation through its robust regional expansion startegies. With more than two decades in the country, Canon has carved for itself a name that resonates excellence and innovation in the industry. Focussing on regional penetration into Tier-II, Tier-III and Tier-IV cities, Canon is strengthening its retail footprint to spread delight across the country with its experiential retail stores across divisions.
Posted by editor-manu-sharma at 7:29 PM