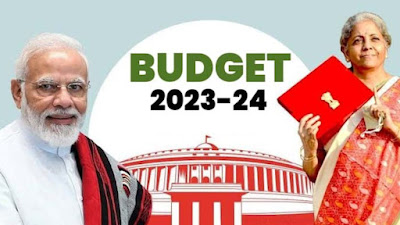 As the government envisions India of 2047 and plans for Amrit Kaal, building an age friendly society is imperative. HelpAge India, a non-governmental organization that works for the needs and concerns of the elderly, submitted its budgetary recommendations to the Hon’ble Finance Minister, Smt. Nirmala Sitharaman with an ask to set up a special Ministry for the elderly and considering measures for immediate relief in areas of income, health security, caregiving and inclusion of older persons in exiting govt. schemes with special focus on older women and the oldest old.

“The need for immediate action, inclusion and implementation towards elder care measures is now more than ever crucial in the post pandemic context, which brought elder vulnerability to fore. India with a current estimated elder population of 140 million, will be bracing for rapid ageing in the next three decades, with its elderly population set to explode by 20 percent by 2047. Immediate measures need to be put in place, to address their socio-economic and health needs, which require a substantial allocation of resources. We request enhancing of old age pension to minimum of Rs. 3000 per month, with priority on universal coverage for older women and oldest old, incentivize caregiving by providing tax benefits to family care givers, strengthen existing financial, healthcare and social care systems with sufficient allocation of funds and urge the government to set up a Ayushman (Longevity) Ministry for Elderly for addressing the multifarious elder issues and managing the programs of elderly,” said Rohit Prasad, CEO, HelpAge India.

The pandemic identified elders as one of the most vulnerable segments of the population, the governments’ vaccination drive which prioritized elders is highly commendable. It also highlights the immediacy of putting effective healthcare systems in place for this vulnerable section.

The recently published findings of Longitudinal Study of Ageing in India (LASI) highlighted the hard reality elders face vis-a-vis health security. Around 70% of elderly faced chronic diseases, around a quarter of those 60 & above, suffer from multi-morbidities (23%) and 11% have at least one form of impairment. This makes them more susceptible to new diseases and viruses, and they require continued care. Some form of health insurance in India covers just about 26% of households.

The recommendations made by HelpAge to enhance elder health security include: -

Pradhan Mantri Jan Arogya Yojna (PMJAY) enrolment drive for the elderly, particularly elderly women, the oldest adults, and the disabled elderly. While PMJAY is an inclusive health assurance scheme and covers the elderly, a special focus/campaign on covering eligible elderly may be considered, as they face a much higher risk of hospitalisation, which is the main focus of PMJAY. Except for income tax payers, all of the nation's 80+ elderly population to be covered by PMJAY.

The National Program for Health Care of the Elderly (NPHCE), which is the only geriatric care programme (launched in 2010) for elderly, needs immediate attention. With need for accelerated and prioritised implementation of the program across all districts. It would perform better if the budgetary allocation was done specifically for this unique initiative rather than putting funds in a "flexi-pool."

The organization also made a strong case for incentivizing care giving for elderly within the family fold by recommending introduction of additional limits beyond the basic tax exemption for family caregivers such as an amount of Rs.3.5 lakh (beyond the exemption limit of Rs.2.5 lakhs) for those tax payers taking care of parents/in-laws up to 80 years and an amount of Rs.5.5 lakhs for taking care of those above 80 years. This is to be claimed by any one of the adult children taking care of the elderly.

Recommendation was made for a new provision for special Care Allowance for the Women who take care of elderly parents and older women who care for the family. Women from low-income families may be selected for this scheme.

On the income and livelihood side, as per LASI, 36% of the elderly were working – much higher in rural areas (40%) than urban areas (26%), and mostly in-unorganized sector. Only about 30% of the rural elderly from BPL households were recipients of old-age pension benefits.

“Two major areas this year’s budget needs to address, is the growing feminisation of the ageing population and disproportionate increase in the numbers of the oldest old with focus on older women, who need to be enrolled in some of the landmark schemes such as PMJAY and given priority coverage within the Old Age Pension scheme. There is also an urgent need to put long-term care systems in place. Women in particular contribute disproportionately to caregiving. They remain major caregivers but themselves struggle in later years. It is time that we recognize the fact and take steps to enable them to contribute successfully to society and live independently,” says Anupama Datta, Head - Policy Research & Advocacy, HelpAge India.

‘Poverty in old age’ is a major challenge that has been further impacted by the pandemic. The earlier SECC report of the Ministry of Rural Development had identified 50% of the elderly as poor. HelpAge’s report during the pandemic revealed that 65% poor elder livelihoods were impacted and they had no work or faced a drastic loss in their wages.

The recommendations made by HelpAge to enhance elder income security therefore included: -

Raise income tax exemption limit for Senior Citizens up to Rs 10 lakhs, currently being 3 lakh for those 60 plus and 5 Lakh for those 80 plus. Higher limits to be particularly considered for older women (60+) and all senior citizens in the oldest old segment.

To ensure standard of living for the middle-class elderly, bank fixed deposit (FD) interest rates should be enhanced for senior citizens, and their income should be tax-exempt as this is their mainstay in many cases. Currently under Section 80TTB, interest up to Rs. 50,000 earned by the senior citizen is eligible for deduction. The limit may be increased to Rs.1,00,000.

Considering that some segments of elderly have to work to survive, include poor older persons in MGNREGA (the Mahatma Gandhi National Rural Employment Guarantee Act, 2005, which gives guarantee of a hundred days of wage employment in a financial year to adult members of a rural household who demand employment and are willing to do unskilled manual work) and keep a reservation of at least 5% of the jobs for them. Make special budgetary allocation for inclusion of older persons particularly older women. Consider tax incentives to employers who continue to employ workers over 65 years.

Therefore, there is a need to urgently put in place necessary socio-economic and health security umbrellas, which will need enhanced allocation of resources under existing Government Schemes such as under the NAPSrC (National Action Plan for Senior Citizens) with addition of a special scheme for Multi-Service Day Care Centres in all districts with facilities for day care, medical, physical fitness, recreation and reskilling.

Allocate substantial funds for effective implementation of the provisions and increase in public awareness about the landmark Maintenance and Welfare of Parents and Senior Citizens’ Act ensuring security & dignity of elder lives.

Meanwhile, strengthening Elder-Self-Help-Groups (ESHGs) a concept pioneered by HelpAge India to provide livelihood and income opportunities for the poor elderly, with enhanced allocations made available for poor older persons in rural areas.

Post pandemic, the digital divide has starkly increased for the elders. While all systems (banking, utility, health, financial and other transactions) are getting digitally enabled under the Digital India/ eGovernance program, elders are left struggling to cope with the new technology. HelpAge strongly recommends a digital empowerment initiative especially for elders be launched under the Digital India/ CSC/Ministry of Electronics & Information Technology (MeitY) with requisite allocation of funds.

Post the pandemic elder vulnerability has heightened and the need to take immediate action for long term sustainability of elder lives so they can live life with dignity and care, is now imperative more than ever.

HelpAge India is a leading charitable organization working with and for older people in India for the past 45 years. It runs healthcare, age care and livelihood programs throughout the country & advocates strongly for the cause of the elderly and their rights. It also informs and advises the Government in formation of policy related to the elderly. In disaster situations, it looks not only at relief, but also rehabilitation measures, so elders are left empowered and are able to self-sustain themselves in the long run.

It was one of the first organizations to hit the ground with the onset of the Covid 19 pandemic and reach out to the vulnerable elders and their community, working throughout the lockdown phases in reaching the unreached. HelpAge India was recently honoured with the ‘UN Population Award 2020’ a first for an Indian institution, for its exemplary work in the field of ageing, relief efforts work during the Covid 19 pandemic and recognition of the organization’s outstanding contribution to population issues.

Posted by editor-manu-sharma at 4:01 PM