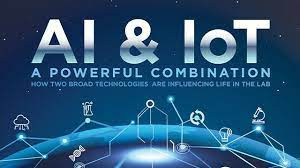 All industries have been touched by the IoT bug, including healthcare, telecom, agriculture, automotive, retail and transport, but, in India’s case, IoT development will follow geography and cultural interests. India’s IoT market is forecast to grow at an aggressive CAGR of +29% by 2022, representing 5 percent of the global market.

India is turning to a new chapter in tech history. The government plans to heavily invest in smart city projects and make 100 cities more sustainable. India currently has some 60 million IoT devices, according to Deloitte, and the number is forecast to reach almost 2 billion in the next three to four years.

“I want to say it very firmly that no power on Earth can stop the march of India into becoming super digital power of the world. That is sheer entrepreneurship of young India, demographic India. They are absolutely not caged from the past,” said India’s IT Minister Ravi Shankar Prasad.

“We have already set up center of excellence,” he said. “Now for technology from cybersecurity to blockchain, we propose to set up more new centers.”

According to Prasad, the government is pushing for innovation in a wide range of technologies, including cybersecurity, machine learning and artificial intelligence.

Through IoT implementation across multiple sectors, the government wants businesses and cities to work faster and more efficiently. Widespread automation has proven effective so far in cost reduction, productivity increase and data-driven insights to further improve experience and processes.