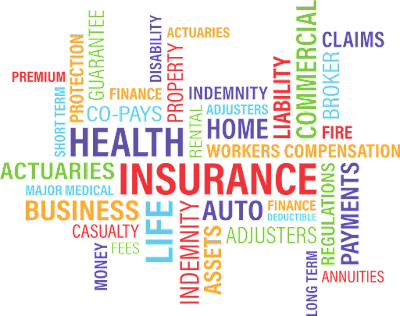 * The move is in line with Generali’s ‘Lifetime Partner 24: Driving Growth’ strategy to strengthen its presence in fast-growing markets

* Strong market opportunity thanks to India being one of the fastest-growing economies in Asia: the size of the insurance market is around € 21 billion (March 2021), with an expected double-digit annual growth rate

Generali has signed agreements to become the majority shareholder in both its Life and P&C joint ventures in India. Both transactions are subject to the approval of relevant regulators.

In the P&C business, Generali has agreed to acquire from Future Enterprises Limited 25% of the shares of Future Generali India Insurance (FGII) for a consideration of around € 145 million. After closing, Generali will hold a stake of around 74% in FGII. FGII is among the fastest growing general insurance companies in the market with a diversified product and distributor portfolio; as of March 2021 (fiscal year end for Indian insurance companies), it reported around € 450 million of premiums.

Regarding the Life business, an agreement has been signedto acquire the entire stake(around 16%) held by Industrial Investment Trust Limited (IITL) in Future Generali India Life (FGIL) for a consideration of around € 26 million. FGIL reported around € 150 million of gross written premiums as of March 2021. In addition, Generali will subscribe to a preferential allotment of sharesin FGIL (around€ 21 million). As a result, following the closing of the transaction and completion of the preferential allotment, Generali will hold a stake of around 68% in FGIL, which may increase furtherto 71% by the end of 2022, following furtherpreferential allotment of shares.

The transactions are fully in line with the ‘Lifetime Partner 24: Driving Growth’ strategy, strengthening Generali’s position in fast-growing markets and confirms the Group’s commitment to deliver profitable growth whilst creating value for customers, consistent with Generali’s Lifetime Partner ambition. Generali is the first player among international insurers to step-up to a majority stake in both its Indian insurance Joint Venture companies since the new foreign ownership cap came into effect.

Following the completion of all the components of the transaction, the total estimated impact on the Group’s Regulatory Solvency Ratio will be approximately -4 p.p. in 2022.

Rob Leonardi, RegionalOfficer, Generali Asia, said: “We’re excitedthat we are now able to consolidate our position in our Life and P&C insurance businesses, as it has always been our intention to increase our presence in India. Once the transactions are completed, we plan to do so in a way that will create more value for our more than 4 million customers, agents, partners and distributors.”

India is one of the fastest growing insurance markets in the world, with nominal GWP growth at 10%+ CAGR over 2022-20301,2. It is uniquely attractive, thanks to its high real GDP growth(8% YoY growthexpected in 2021-20222, among the highestof south-eastern Asian countries), low insurance penetration levels (with GWP representing only 4.2%3  of GDP as at 20203) andprivate consumption and disposableincomes(expected to grow around 7% over the next 5 years2).

Citigroup and Alvarez & Marsal acted as financial advisors to Generali on the transactions.

Posted by editor-manu-sharma at 1:22 PM