Coolpad to Introduce its First 5G Smartphones in the Indian Market 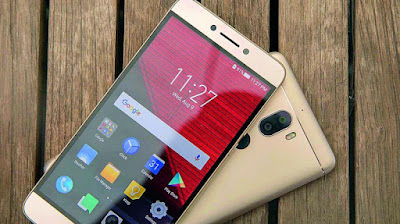 Coolpad, a leading global smartphone brand established by Yulong Group, is set to revolutionize the Indian smartphone industry by launching the country’s first 5G ready smartphones. The brand, which has established itself as a synonym for innovation and progress, has been investing significantly in 5G technology since 2012. As a result, it is ready to disrupt the market with future-ready devices as soon as the 5G network is set-up for use in the country.

On the back of its continued innovation, Coolpad India has already filed over 800 patents in the name of 5G. It has also been granted 120 device-to-device 5G patents which put the brand in the position to gain an early-mover’s advantage as far as 5G technology is concerned. The brand is in discussions with Qualcomm and Mediatek on the integration of 5G technology in its smartphones.

Speaking on the development, Mr Fisher Yuan, CEO, Coolpad India, said, “Since its inception, Coolpad India has aimed to satiate the needs of the value-conscious Indian consumers who expect remarkable specifications at budget-friendly prices. In line with our constant endeavour to exceed customer expectations that we have accelerated the development and launch of our 5G ready devices in the country. Depending on the readiness of the 5G network in India, we are aiming to launch these devices early next year.”

Commenting on the same, Pankaj Upadhyay, Online Business  Head, Coolpad India, said, “With the rapid growth of the Indian smartphone industry in the recent years, we too have started to change its era after the launch of Cool 3 Plus. Consumer-oriented R&D is our top priority at Coolpad, therefore, we are working to expedite the launch of the 5G enabled smartphones and aiming for a higher share in its development. As soon as the Indian smartphone network is ready, we will launch our first 5G smartphones.

Coolpad has been making significant waves in the Indian smartphone market thanks to its innovative and value-driven offerings. Recently, it successfully launched the Coolpad Cool 3 Plus smartphone that features an MT6761 (Helio A22), Quad Core 2.0 GHz Clock Speed coupled with 3 GB RAM, and a stunning 5.7” Dewdrop screen. Now, with this announcement, Coolpad has further positioned itself for exceptional growth in the country, and is well on its way to achieving its goal of becoming the most loved smartphone brand in India.

Coolpad has been operating in India since 2007, having starting operations as a vendor of CDMA handsets to Reliance. It became an original device maker (ODM) for some local brands before entering the Indian market as a standalone brand during 3G to 4G transition. The brand further aims to invest $500 million in India in the next five years to strengthen its presence and to take on its rivals in the 5G landscape.

What you need to know about us: