Even Machines Need Their Greens: Research Work of USC Viterbi School of Engineering On 3-D Printer Ink With Living Material 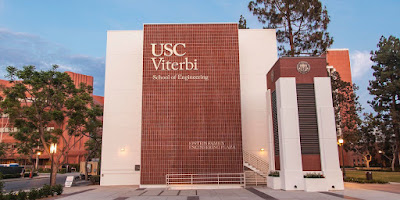 A tree grows strong from years of generating its own food. Now imagine if products could be strengthened with the same living materials that provide nutrients to strengthen trees. This is the work of USC Viterbi School of Engineering Civil and Environmental Engineering Professor Qiming Wang whose research lab is one of the first to infuse 3-D printer ink with living material. The material has potential for greater strength, to be flexible and self-heal. The work is documented in a paper published in The Proceedings of the National Academy of Sciences.

The idea for this bio-inspired ink came from trees that harness the power of photosynthesis to produce glucose that transform to cellulose and strengthen the plant’s cell structure. “When trees are young,” says Wang, “they are flexible, when they are mature, they are rigid.”

“The research idea is also inspired by Popeye the Sailor, the animated character who can strengthen his muscles by eating spinach,” says Wang, whose research is focused on bioinspired manufacturing and mechanics of unprecedented materials and structures that can potentially address engineering challenges in infrastructure, energy, robotics, healthcare and the environment.

“Now, we are using scientific innovation to realize our childhood imagination,” says Wang.

The research team behind this study, which includes USC Viterbi Ph.D. students Kunhao Yu and Zhangzhengrong Feng as lead authors along with Professor Nicholas X. Fang of Massachusetts Institute of Technology and Professor Chiara Daraio of California Institute of Technology, used a centrifuge to extract chloroplasts from spinach purchased from Trader Joe’s. They blended the spinach chloroplasts with a newly invented 3D-printable polymer ink. Then they used the ink to 3D-print structures. By applying light to the 3-printed structure, they created conditions to generate plant-based glucose which reacts with the polymer to make the material become stronger and stronger.

By applying two to four hours of light and mimicking the power of photosynthesis, the researchers believe this “living material” can self-strengthen to be six times its original strength. What’s more, the strengthening effect induced by the living chloroplasts can be temporarily suspended by freezing the material at 0℃ (the chloroplasts are temporarily slowed down at freezing). Once the temperature returns to room temperature, the strengthening effect can be resumed.

“The material behaves like a snake that hibernates through the winter,” Wang says.

“Such a temporary ‘suspending behavior’ has never been demonstrated in existing engineering materials,” Wang adds.

Yu, a lead author on the paper notes, “This technology with gradient light illumination can create engineering structures with gradient stiffness, which exhibit an exceptional ‘cushioning’ property far beyond that of the homogeneous ones.

“Another striking finding is that the strengthening effect can be tuned by external force,” said Feng, the paper’s other lead author.

“When you hang a weight on a tree branch, that branch will become much stronger than other branches, a process called “mechanotransduction.”  The same phenomenon happens here.

The team envisions applying photosynthesis to materials to design a custom 3D-printed sneaker sole that molds to one’s foot and has a customized stiffness.

Some plants exhibit a self-healing capability during grafting and wound repairing. According to the researchers, the “living material” infused with chloroplasts in a lab at USC also presents an outstanding self-repairing property. Such a property is induced by the photosynthesis-produced glucose that creates the molecular process of cross-linking (in essence equivalent to creating sutures). Such crack-repairing capability could be applied in boat propellers or even drones.

This research was funded by the Air Force Office of Scientific Research and the National Science Foundation.

About USC Viterbi School of Engineering

Engineering began at the University of Southern California in 1905. Nearly a century later, in 2004, the school was named the USC Viterbi School of Engineering, honoring alumnus Andrew J. Viterbi, inventor of the Viterbi algorithm, a key to cell phone technology and numerous data applications. The school is consistently ranked among the top engineering programs in the world. It enrolls more than 7,000 undergraduate and graduate students, taught by 188 tenured and tenure-track faculty, with more than 90 endowed chairs and professorships. The school offers comprehensive programs in all major areas of engineering, from aerospace and astronautical engineering, to biomedical, chemical, civil and environmental engineering, to computer science and materials science, and to electrical engineering, industrial and systems engineering and mechanical engineering. With annual research expenditures exceeding $207M, the school is home to the Information Science Institute and more than 45 other research centers. Its more than 50,000 alumni span the globe. USC Viterbi is also home to the pioneering distance learning program DEN@Viterbi, ranked as the top such program in the nation the last two years. USC Viterbi is the only engineering school in the nation with three top-10 USNWR rankings: Best Graduate Schools, Best Online Graduate Engineering Programs, and Best Online Information Technology Programs.

Posted by editor-manu-sharma at 1:55 PM