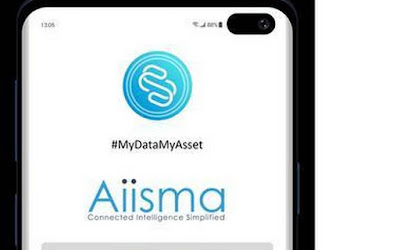 Aiisma, India’s first-ever consumer to business data marketplace backed by frontier technology has introduced the contact tracing feature. The tracking feature keeps the person’s details anonymous, thus ensuring the privacy of data and identity. The anonymous feature will release a trigger function that will alert any Aiisma user who might have come into close contact with the infected person and maybe potentially infected. The aim is to create a digital fence of sorts against COVID19 and help authorities and citizens overcome it.

It's the only app in India to utilise the Unstructured Supplementary Service Data (USSD) feature for contact tracing in rural areas. It’s for non-smartphone users who have previous versions of phones which were not 3G, 4G or 5G connected.  This India based app has come up with a way of contact tracing in rural India, where almost 70% of the country’s population lives.

This can be the primary way of tracking those in rural areas where the penetration of smartphones is not that high. The infrastructure in the back-end of the app and mobile remains the same. Instead of having an app installed in their smartphone, they are selecting one option propagated to them by their service providers. Even basic handsets share the location information via cell towers with the telecom service provider. But this app would use the USSD feature when the person gives consent for this information to be shared with the Aiisma ecosystem which ensures anonymity and privacy.