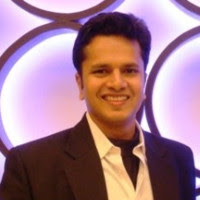 Digitization is becoming a way of life. However, digitization is yet to transform one of the most fundamental human democratic rights – ‘voting’.  In a major move, the Election Commission of India has recently announced the development of blockchain system to address the issue of lost votes. However, this technology can be extended to fix several other lacunae in the electoral processes. Right from arresting low voter turnout to missing voters, duplicate entries and bogus voting – digital can make it possible. Shree Sule, Business Development Manager, Altimetrik tells us how it can be done to usher the dawn of digital democracy in India.

According to the Election Commission of India Lok Sabha election data of 2019 there are 900 million registered voters, 1 million polling stations and 2.3 million Electronic Voting Machines. These elections also registered the highest voter turnout since 1951 at 68% as against 66% in 2014. Though a marginal improvement, the turnout pales in comparison to other nations such as Belgium and Sweden that recorded 80% participation in the last elections. Closer home, Bangladesh recorded a voter turnout of 80% whilst Maldives, Sri Lanka, and Bhutan registered 70% in their recently concluded elections according to the International Institute for Democracy and Electoral Assistance (IDEA) .

One of the reasons is that many voters nearly 90 % are not in their (home) constituency where they are registered on the Election Day. Most of these are first time voters in the 18-25 age groups who study in colleges. Others in the 23-35 age groups migrate and live in other cities for work. There are also 10 million NRIs that average 18,000 votes in each of the 543 Lok Sabha constituencies who are left out of the voting process.

E-voting or internet voting can address these issues transparently, accurately and affordably. Research on e-voting in Estonia established that online voting is the most cost-efficient and non-cumbersome method to account for lost votes than offline voting channels. On the flipside, e-voting can also leave electoral process vulnerable to cyberattacks from foreign intelligence agencies, criminal organizations, internal political parties and hackers. Case in point French government discontinuing e-voting for French citizens living in foreign nations after the French National Cyber Security Agency assessed an "extremely high risk" of cyber-attack.

So, how can e-voting guarantee voter anonymity, participation, data transparency and fool proof security to earn people’s trust? The answer is Cryptography and Hashing that can make every ballot tamper proof and anonymous. Moreover, by distributing data storage instead of keeping it on a centralized database, the system can be made more secure. This secure, immutable and decentralized system is called Blockchain.

In a distributed database every node processes every transaction, so no individual node is crucial to the database. Similarly, nodes connect to each other forming a dense peer-to-peer network. Therefore, many nodes have to fail simultaneously for the entire system to fail which has has a very low probability rate. The blockchain thus ensures that the nodes that went down can always catch up on transactions that were missed out.

The core value of the blockchain is enabling a database that can be shared directly across secure boundaries without requiring a central administrator. This is possible because every transaction in a blockchain system contains its unique proof of validity and authorization instead of requiring a centralized application. Transactions can therefore be verified and processed independently by multiple “nodes”, with the blockchain acting as a consolidating mechanism to ensure those nodes stay in sync. Blockchains therefore replace centralized system requiring resources for upkeep and security with a distributed database that is secured by clever cryptography.

Blockchain can automate first-time voter registration. The technology at its core is distributed and can be connected with multiple parties (consortium) storing birth and address records. The system will notify the person is available and that the voter can pick that up from a local e-locker or e-mail the voter ID.This solution can also tackle permanent classification of the person as a bona fide citizen of India or not.

A distributed system working in a consortium can also address the issue of missing names in the electoral rolls due to non-updation of electoral records. If the voter moves to a different constituency, he/ she can upload necessary proof in a set format on the registration site. The document would be validated against the set parameters by the system. If the validation is successful, the voters constituency will be auto-updated. Once the new constituency data is registered on the node it eliminates the possibility of bogus voting - when a person impersonates and casts the vote of a genuine voter when he moves out of his constituency and does not update his details of the new constituency called Absentee ballot.

On the day of the voting, as the voter data is available on different nodes, the voter can walk into any polling booth to vote.  Through barcode scanning and biometric validation the unique identity of the voter will be established at any polling booth thus avoiding any manual verification. Upon successful validation of the voter the list of candidates for the registered constituency is populated. Once the vote is cast, the digitally encrypted vote (without the voters’ personal details) would be pushed to the nearest constituency node.

Voter’s details would also be updated when the digital vote is recorded in the node to avoid duplicate voting. As different constituency details are registered on separate nodes the data for each node can be tracked, verified and processed independently.   Incase the transaction volume of a node increases dramatically the system can also point to a different node for conducting the particular transaction.

A beginning has been made with the blockchain system being developed to address the issue of lost votes. Question is if there is the political will to go the whole mile to make digital democracy a reality in India.
Posted by editor-manu-sharma at 3:55 PM