'Punjab Must Move On from Agriculture to Manufacturing and Services' 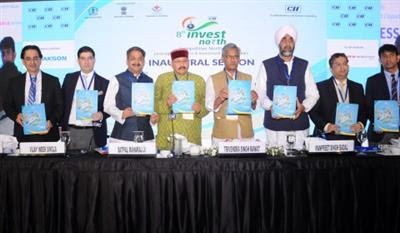 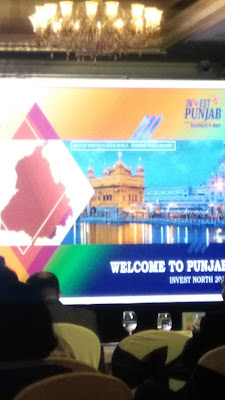 India witnessed unprecedented food production during the 1970s, 1980s, and this phenomenon implemented primarily by the farmers of Punjab was proclaimed as the Green Revolution. However, after dominating the agriculture sector in the country, Punjab will now focus more on the manufacturing and services sectors to boost its economy and create jobs, according to a Punjab minister.

While presiding over the session on Punjab industrial scenario during the 8th Invest North organised by CII recently in Bengaluru, Punjab State Finance Minister Manpreet Singh Badal says, "Punjab is India's bread basket for the last many decades, must now shift from food grains to industries and leave the agriculture part to states like Uttar Pradesh, Madhya Pradesh. Punjab is now open to big businesses and need to must catch up with states like Maharashtra and Karnataka."

Making a strong call to entrepreneurs and industrialists, the finance minister Badal asked them to make huge investments in the state as it has an investor friendly climate coupled with lucrative incentives and concessions. Giving a clarion call to the entrepreneurs and industrialists, he said in order to boost industrialization and revive economic activity in the state, the Punjab government has already approved the new Industrial and Business Development Policy-2017, paving the way for fixing of industrial power tariff at ₹ 5 per unit. He adds that we have a number of SEZs and mega parks for IT, biotechnology and also food parks in the state.

The minister recalled the unparalleled contributions of Punjab in steering India to its independence. He said that since time immemorial, Punjab has been the cradle of civilization and culture, and its immense contribution to feeding the nation and securing the country’s borders from external as well as internal aggression has rightly earned it the epitaph of ‘Food Bowl and Sword Arm of India’.

Unfortunately, Punjab has passed through turbulent times, including the decade-long terrorism and violence that retarded its economic growth and prosperity during those dark days, said Badal adding that Punjabi's with their indomitable spirit again put the state back on the rails of development.

Vijay Inder Singla, Minister for Education and Public Works, Government of Punjab said that Punjab is the future destination for investment, building confidence is very important for the state government. Major investment like textiles, tractors, Pharma are already happening in Punjab and now needs to catch up with the other industries.

The 'Invest North' summit was organised by the Indian High Commission in collaboration with Confederation of Indian Industry (CII).
Posted by editor-manu-sharma at 10:06 AM