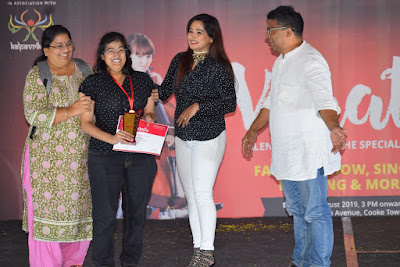 Awing audiences with their spectacular talents, the specially-abled performers who participated in Varata walked off stage with a smile on their faces. Exceeding expectations, the unique talent show organised by Orion Avenue (Formerly known as Orion East Mall) in association with Kalpavriksha turned out to be a massive crowd puller. Held on August 31 at Orion Avenue in Cooke Town, the event was well-received for being a credible platform for the specially-abled to showcase their talents. In total 78 participants along with their parents came from Kerala, Mysore and Bangalore to take part in the event.

“We are both honoured and elated to have been able to organise such an event that has immense potential for positive social impact. Orion Avenue holds a certain allure that draws the urban crowd of Bangalore to it. And on this occasion, along with support from Kalpavriksha, known for their social outreach initiatives, the mall turned out to be the perfect venue for Varata. The event was conceived to portray the specially-abled as capable and talented individuals. Judging by the audience response, it was an overwhelming success in fulfilling that goal. Personally speaking, it was indeed a joy to see these amazingLoveperformers receive the adulation and respect that they rightly deserve” opines Shashie Kumar, COO – Retail.
Posted by editor-manu-sharma at 7:00 PM