Challenges: Do I Need To Repeat The Mistake My Senior Friend Made? 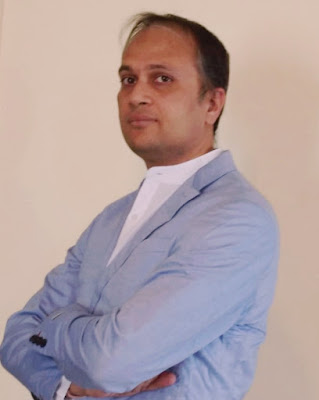 Journey of new bee in corporate

Too many questions but answers were elusive, thus I came up with the strategy of Curiosity, Calibre and Courage. Here order is important and so is the role of mentor or senior friend. Let’s turn towards the organization setting now where a fresher joins a team, he was given a red carpet treatment and welcomed in the team with zeal. Second day in office he was given a software production problem to solve. This guy doesn't know what to do and where to start. He will be fearful about production for his life now. Second scenario a senior friend of his is assigned this production problem and this guy sitting next to him, just curiously watching all the Greps, Traceroutes and Splunk queries senior friend is firing. He ended his day with his eyes opened but still curious in his mind that one day he will also do this on his own. That is where Curiosity comes into play where you generate enough that person feels intrigue.

After 3 weeks in the system this senior friend turns the table and  asks this Sophomore(borrowed term :)) to solve the production problem for himself. This new guy again finds himself in no man's land. Oh my god I have just seen the queries being run and that too at lightning pace, how can I deal with such a big ask from me. The initial approach of this senior friend is flawed because he has not allowed this junior to harden his capabilities and give shock therapy to gauge his calibre. Better be is to have a junior being delegated some queries to run from the second day of his job and let him/her strengthen his capability.

After 6 weeks in the system one fine day this senior friend made a call to this Graduate(Borrowed term) saying he is not well today, can you look at this ticket number assigned to me. Oh gosh, another blooper, this guy again caught on the wrong foot. Where to look for the ticket to contact this details, do I have enough info about the ecosystem because till now he was doing all this for me. One more time senior friend has not played his role to a satisfactory level. Better be he should be making his junior courageous in front of him and not on the day when he was not available. He/she should

have asked this guy to handle the production tickets from 5th week itself so that he is having enough info and courage under his belt to make an informed decision.

In conclusion keep things in check with balancing 3 Cs to ensure a frictionless pull the plug journey. Too early you will have possible chances of breaking the individual, too late will put one's learning ability and risk taking capability at stake. In the end change should be continuous and not shock therapy based.

Posted by editor-manu-sharma at 7:15 PM