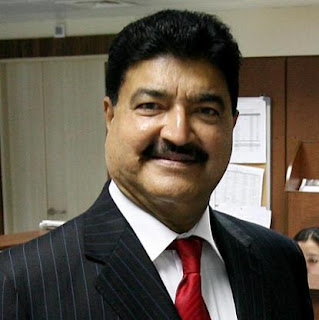 BR Shetty, the founder of NMC Health was prevented from leaving the country by the immigration authorities. Shetty, along with his family were traveling to UAE by Etihad flight on Saturday at 3 am. He was not allowed to travel, when he approached the immigration clearance officials. Shetty has been embroiled in multiple cases for financial misappropriations and is under investigation by various authorities in India and UAE.

Shetty’s healthcare chain, NMC Health is saddled with massive debts and unpaid dues. Shetty owes India’s state-owned bank, Bank of Baroda, over Rs.1850 crores. The bank has sued the defaulting businessman and the case is in Karnataka High Court. The courts have also paid heed to the bank’s plea and have attached 16 properties of Shetty, which were given as collateral to the bank.

Shetty is also facing legal challenges in UAE and owes the banks in Dubai large sums of money. His defaults have led the Abu Dhabi Commercial bank in Dubai to file a criminal case against NMC. Shetty’s firms NMC and Finablr have borrowings worth $6.6 billions and nearly 60% of these borrowings have not been reported, thereby indicating the funds could have been diverted or siphoned off. Investigators have unearthed a series of transfers from NMC Health, to the tune of one million dirhams, transferred to his family owned entities. There are also reports of Shetty using NMC funds to fuel his lavish lifestyle and used the funds to purchase a private jet for $4.2m.

BR Shetty had also signed on a slew of ambitious projects with various state governments in India and failed to fulfill any of them. Earlier this year, Karnataka State Cabinet scrapped the Rs. 450 Crore Jog Falls project with BRS Ventures. The MOU was signed for development and revitalization of Jog Falls but there was no progress and the project failed to take off. Shetty had  also announced the $2b medical city spread across 100 acres in Amaravati and signed an MOU with Telangana govt to set up a state of the art healthcare manufacturing facility, hospital and higher education hub, but none of them have seen the light of day.

The travel restriction on Shetty are said to be initiated by the public sector bank, Bank of Baroda over the unpaid debts that Shetty owes to the bank.

Posted by editor-manu-sharma at 11:02 AM