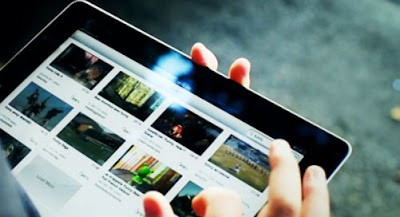 Online video streaming has now reached an all-time high as the world now watches them for 6 hours and 48 minutes weekly – with the same figure for Indians being 8 hours and 33 minutes or 1 hour 45 minutes higher than the global average. This is according to the new “State of Online Video 2019” research report by Limelight Networks (Nasdaq: LLNW), a leading provider of edge cloud services.

The report also found that the time spent on binge-watching is also on the rise in India, jumping more than 23 percent from last year to an average of 2 hours, 25 minutes at a time. In the global survey, Indians were also less apprehensive of pre-roll advertisements, with 84.8 percent being either affirmative or neutral if the content is free. The survey also revealed that Indians mostly watch online videos from home, followed by travel or commute. Since India is new to the digital bandwagon, it doesn’t come as a surprise that 89 percent are also subscribed to cable TV. This figure was observed to be the lowest for Japan, where the subscriptions turned out to be just 39 percent or less than half as compared to India.

The study also pointed out that the adoption of dedicated streaming devices is also gradually increasing in India. 27 percent of the respondents owned Google Chromecast and 34 percent owned Amazon Fire TV Stick. 18 percent of the respondents didn’t have any streaming device at all. Another key takeaway from the survey is that smartphones are the primary streaming device. Digital devices such as computers and laptops came next on the list followed by a connected device or a smart TV. The top spot as the most popular content in India was shared by both TV Shows and News, with Movies and professionally developed content on social media coming next on the list.

“India is quickly opening up to the idea of online video streaming,” said Mr. Ashwin Rao, Director - Sales, Limelight Networks, India. This ongoing trend has been highlighted time and again by our State of Online Video studies over the years. Now, as data costs are further lowering and smartphone penetration increasing, people living even in the remotest of regions are coming under the fold of digital technology and services. It is opening new avenues for India’s content creators and aggregators to tap the burgeoning market with quality programming and seamless user experiences. Limelight Networks enables them to do precisely the same, while also tapping the global market with its robust and highly scalable global infrastructure – leaving no stone unturned in terms of content delivery.”

Additional insights from the report include:

●        Broadcast viewing takes a hit as online videos become more popular: Broadcast videos are bearing the brunt of smartphone adoption in India as the users are looking towards them for their primary entertainment. Online video watching has now officially become the preferred go-to entertainment alternative for Indians. Global viewership for traditional TV remains higher than online video across every country except Singapore and India.

●        Price sensitivity is the deciding factor in video subscriptions. Increasing price continues to be the primary reason why people claimed (28 percent) they will cancel their cable subscription. 15 percent Indians said they will do so if all content they watch becomes available online.

●        Streaming advertisements shouldn’t disrupt the viewing experience. Global consumers are most accepting of ads during an online video if they can skip it (59 percent) or if it’s a short ad before a free video (57 percent).

The State of Online Video report is based on responses from 4,500 consumers in France, Germany, India, Italy, Japan, Singapore, South Korea, the U.K., and the U.S. age 18 and older, who watch one hour or more of online video content each week.
Posted by editor-manu-sharma at 6:46 PM