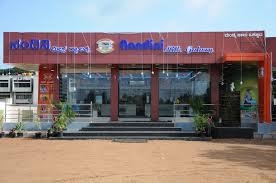 The Karnataka Co-operative Milk Producers Federation (KMF) will, starting this Wednesday, supply Nandini milk fortified with Vitamin ‘A’ and ‘D’.

The move to fortify milk with these vitamins came after reports from the Indian Council of Medical Research and National Nutrition Monitoring Bureau indicated that the Indian population had a high burden of deficiency of Vitamin ‘A’ and ‘D’. The Food Safety and Standards Authority of India (FSSAI) had also issued orders to fortify milk as it would be available for all sections of society and hence the micronutrient malnutrition can be addressed.

Speaking at the launch, Murtyunjaya T Kulkarni, Director, Marketing, said that 49 lakh litres of milk was being distributed across the state at present and all of this would be fortified. “We are also looking at fortifying other milk products in a phased manner. We are testing the stability in our lab,” he said.

Director of Jayadeva Institute of Cardiovascular Sciences and Research Dr C N Manjunath had written to KMF four years ago asking them to have Vitamin A and D fortification of milk.

“At least 60-70 % of the population has vitamin ‘D’ deficiency. Vitamin ‘A’ deficiency is common among children. A survey that we conducted at Jayadeva also showed similar results. Most of our staff have the deficiency,” he said.

He also said that this could be attributed largely to staying indoors and lifestyle changes that permit minimal exposure to sunlight. “This is not only affecting bone health but is also known to be causing cardiac problems. The deficiency is known to be a risk factor for high BP and diabetes.”

The fortification would cost KMF 3-4 paise per litre. However, this burden will not be passed on to the customers said, Kulkarni.

The KMF has tied up with the National Dairy Development Board and TATA Trust for this purpose. TATA trust, under its CSR Activity, will bear the additional costs incurred by KMF for six months.
Posted by editor-manu-sharma at 1:13 PM