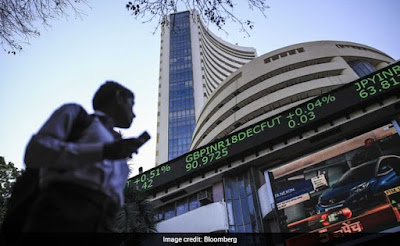 Capital markets are going to take comfort on account of continuity in administration and policies assuming re-election of a majority government, a Morgan Stanley report said while setting the target for BSE Sensex at 45,000 by June 2020.

“The election result trends are implying continuity in administration. Assuming re-election of the majority government turns out to be the eventual result. It means the equity markets can predict policy,” the report said.

“The new administration may bring some changes such as increasing cash transfers to poor people, more emphasis on portfolio flows, focus on the country’s external trade and social/constitutional reforms (like Article 370),” it said.

The market will now shift focus to the growth cycle.

The report expects the RBI to be more accommodative and the economy to come out of its soft patch of the past few months.

Earnings could be heading into a new cycle and domestic flows should return with strength, it said.

Some of the key concerns of the investors include fresh wave of bad loans, further slowdown in consumption hurting earnings growth prospects, fiscal slippage, tepid or even negative domestic flows and global headwinds, according to the report.

“We see the RBI policy in early June, ongoing liquidity infusion, verdict on RBI reserves, high frequency growth data, and the Union Budget to redress several of these concerns in the coming weeks, driving share prices higher,” it said.

It expects RBI to cut rates by 25-50 basis points over the next six months and will continue to infuse liquidity and probably take banking sector liquidity to neutral from a deficit.

Over the past 12 months, the RBI has injected Rs 3.2 trillion through open market operations and about Rs 700 billion through USD swaps.

The non-banking financial sector is likely to experience slower growth as the sector builds liquidity and capital, and this will be an opportunity for the large banks.

“In that context, it is also important for the government to consider further capital infusion into the public sector banks which are flush with deposits but are capital constrained from lending,” the report said.
Posted by editor-manu-sharma at 2:47 PM