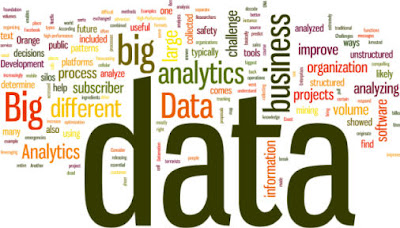 MongoDB, Inc. (NASDAQ: MDB), today unveiled its developer data platform vision with a series of new groundbreaking capabilities at MongoDB’s annual conference, MongoDB World at the Javits Center in New York City. With these announcements, MongoDB is empowering development teams to innovate faster by addressing a wider set of use cases, servicing more of the data lifecycle, optimizing for modern architectures, and implementing the most sophisticated levels of data encryption, all within a single integrated developer data platform.

“Hundreds of millions of new applications will be developed over the coming years that deliver compelling customer experiences, enable new capabilities to transform businesses, and increase operational efficiency via more sophisticated automation – and these applications all require a highly scalable, cloud-native, globally distributed data platform,” said Dev Ittycheria, President & CEO of MongoDB. “Our vision is to offer a developer data platform that provides a modern and elegant developer experience, enables broad support for a wide variety of use cases, and delivers the performance and scale needed to address the most demanding requirements.”

Addressing a wider spectrum of use cases

MongoDB has extended its compelling and unique approach of working with data beyond operational and transactional use cases to serve search and analytics use cases, all within a unified platform. These enhancements allow teams to accomplish more while preserving a consistent developer experience and reducing the complexity of the data infrastructure required to support modern applications.

MongoDB announced a number of capabilities that make it easier for developers to build in-app analytics and power richer application experiences. Column store indexing, available later this year, will enable users to create and maintain a purpose-built index that dramatically speeds up many common analytical queries without requiring any changes to the document structure or having to move data to another system. Furthermore, analytics nodes can now be scaled separately, allowing teams to independently tune the performance of their operational and analytical queries without over- or under-provisioning.

Atlas Search is the fastest and easiest way to build relevance-based search capabilities into applications. Now, with Search Facets, developers are able to rapidly build search experiences that allow end users to more seamlessly browse, narrow down or refine their results by different dimensions.

Servicing more of the data lifecycle

MongoDB announced new products and capabilities that enable development teams to better analyze, transform, and move their data in Atlas while reducing reliance on batch processes and ETL jobs that can create delays, limit productivity, and increase costs.

Atlas’s Data Federation capabilities allow teams to create virtual databases so that they can work with data that resides in a range of different sources. Development teams can query, transform, or create views across one or more collections, MongoDB clusters, and storage buckets.

Atlas SQL Interface provides a great experience for data analysts, who work mainly in SQL tools, to interact with Atlas data in a read-only interface. This makes it easy to natively query and visualize Atlas data with SQL-based tools while preserving the flexibility of the document model.  Additionally, you can query data across Atlas clusters and cloud object stores using SQL without the need for data manipulation, schema definition, or flattening of data.

In addition to supporting a wide range of workloads, organizations need to have the flexibility to deploy the right application architectures to serve their needs.

Atlas Serverless is now generally available and allows users to support a wide range of application requirements with little to no initial configuration and ongoing capacity management. Users benefit from the ability to scale to zero and deploy in all three major cloud providers, and tiered pricing automatically reduces the cost for large workloads without upfront commitments.

Vercel integration will allow teams using Vercel’s platform to develop, preview and ship websites and applications to more easily get started with MongoDB Atlas as their backend database. Using Vercel's Integrations Marketplace, developers can now deploy new web experiences on Atlas with zero configuration and instantly start building with documents that map directly to their code.

The Data API is a secure API for accessing Atlas data over HTTPS without any operational overhead. This provides developers a way to easily extend Atlas data into other apps and services in the cloud or into their serverless architectures.

"The ability to leverage Cluster-to-Cluster Synchronization (C2C) for our many existing MongoDB-based travel applications is something we've been wanting for a long time and will be a huge benefit to us. It will greatly improve many facets of our software lifecycle, such as supporting "blue/green" deployments, data distribution, cloud migration and further increasing our high levels of geographic availability for our airline customers," said Sylvain Roy, Senior Vice-President, Technology Platforms & Engineering (TPE), Amadeus.

Implementing the most sophisticated levels of data encryption

Every organization must be able to secure the most sensitive information in any environment without compromising the ability to build rich application experiences that make use of that data. While existing encryption solutions (in motion and at rest) cover many use cases, none of them protect sensitive data while it is in use. Queryable Encryption, available in preview with MongoDB 6.0, introduces the industry’s first encrypted search scheme using breakthrough cryptography engineering. This technology gives developers the ability to query encrypted sensitive data in a simple and intuitive way without impacting performance, with zero cryptography experience required. Data remains encrypted at all times on the database, including in memory and in the CPU; keys never leave the application and cannot be accessed by the database server. This end-to-end client-side encryption uses novel encrypted index data structures in such a way that for the first time, developers can run expressive queries on fully encrypted confidential workloads. Queryable Encryption is based on well-tested and established standard NIST cryptographic primitives to provide strong protection from attacks against the database, including insider threats, highly privileged administrators and cloud infrastructure staff.

For the full list of new features and enhancements released at MongoDB World 2022 visit: https://www.mongodb.com/new

MongoDB is the developer data platform company empowering innovators to create, transform, and disrupt industries by unleashing the power of software and data. Headquartered in New York, MongoDB has more than 35,000 customers in over 100 countries. The MongoDB database platform has been downloaded over 265 million times and there have been more than 1.5 million registrations for MongoDB University courses.