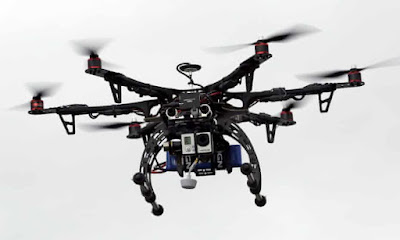 To accelerate the learning curve of pilots operating ideaForge’s drone and to reinforce safe practices, ideaForge has on-boarded Rapl, a microlearning platform. This is in line with its vision to increase the adoption of unmanned aerial systems. With Rapl, ideaForge will be able to introduce reinforced learning for each of the pilots of its drones, allowing them to operate their drones more safely and effectively.

ideaForge, as a market leader, is also eager to increase system adoption by assisting the operators of its drones, i.e., Pilots, in a thorough and convenient learning mechanism. This approach helps make our skies more secure from inadvertent errors. With one ideaForge drone flying every 6 minutes in India, ideaForge has over 3000 pilots operating its drones and have completed over 200,000 successful missions.

Operators/pilots can benefit from an interactive platform such as the one provided by Rapl by enabling continuous learning and engagement even after the excellent training provided at the time of inducting of the system in a customers’ workflow. ideaForge assists pilots in focusing on their weak areas and avoids concepts in which they are confident, allowing them to optimise their learning and shorten the learning curve.

Vishal Saxena, VP of Business says, "At ideaForge, we have been singularly focussed on delivering successful missions to our customers. We are also at the forefront of innovation: be it tech, business models, or operations. Building on this, we are introducing a microlearning platform for our customers, especially pilots, to train via micro "bite" sized learning that is engaging (gamified, scenario based) and simple to use, is personalised and adaptive. This will inculcate a continuous learning culture which is further amplified with actionable analytics which will help ideaForge recommend appropriate interventions to these pilots.”

The pilot for the last 3 months has yielded successful results with a great adoption and engagement rates, it is now rolled out to all the pilots. We believe this journey of empowering pilots is the key for successful missions for our customers.

ideaForge is India's largest manufacturer of drones for defence, homeland security, and industrial use. The organisation, founded in 2007 by IIT-Bombay alumni, has a consistent market share of more than 90% in the Security & Surveillance segment. The organization is a Ministry of Defence (MoD) approved licensed manufacturer of unmanned aerial vehicles (UAVs).

ideaForge is the first organisation in India to develop and manufacture vertical take-off and landing (VTOL) UAVs. It is India's UAV industry pioneer, with over 20 patents to its name, including the then lightest world's autopilot in 2009. Currently, the organization has deployed over 1000 systems and has trained over 3000 pilots in services including Indian Army, Navy, Air-Force, all CAPFs (CRPF, BSF, NSG, etc), State Police Forces, Indian Railways, Survey of India, TAFE, NTPC, DRDO, L&T and many more. For more information, visit www.ideaforge.co.in

Posted by editor-manu-sharma at 8:08 PM