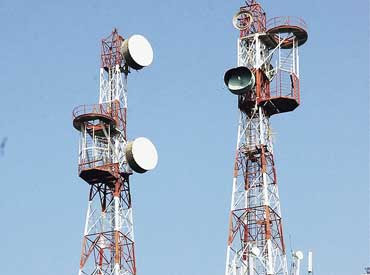 The Karnataka Licence Service Area (LSA) unit of Department of Telecommunications (DoT) organised an “Awareness Workshop on EMF Radiation” in Bengaluru, on 12th March 2021. The session was organised as part of DoT’s public advocacy programme to dispel myths around EMF radiation and address unfounded fears of citizens by presenting credible scientific evidence.

An expert panel comprising of senior officers from the telecom department along with doctors, addressed concerns of citizens while also debunking myths and misinformation related to health hazards connected with radiation from mobile towers.

Shri H K Verma, Advisor DoT, Karnataka LSA spoke about the importance of mobile towers and why well-entrenched telecommunications infrastructure is a must have for streamlined network connectivity. Addressing concerns, he added, “ EMF radiation norms for India are 10 times stricter than the limits prescribed by the International Commission on Non-ionizing Radiation Protection (ICNIRP) and are in adherence to the recommendations of the World Health Organisation (WHO). Extensive research on EMF signals have not been able to establish any injurious effects on human health from mobile tower radiation.He also spoke about PM WANI and national broadband mission(NBM) projects launched by Gov. Of India.”

DDG - Compliance, said “The DoT monitors the EMF emission levels from towers across India and ensures compliance with emission norms across the country through its field units. LSA also conducts physical audits of sites by selecting them randomly and testing the power of the available EMF signals at different probable locations near the site. Further, Karnataka DoT’s LSA unit addresses all complaints received from the public either through email, PG Portal or dak with respect to EMF emissions.DoT Karnataka LSA has tested 6317 BTSs from Jun 2020 to Feb 2021  in Karnataka and all BTSs have found compliant as per DoT Norms.”.

Dr. TK Joshi,said that Citizens need not worry about the adverse effect of mobile tower EMF radiation as they are been strictly monitored and evidence from credible sources have repeatedly ruled out the possibility of any impending health hazards emanating from EMF radiations

‘The misconception with our population in villages in Karnataka on EMF emission is wrong and installation of towers should be allowed in their respective localities There are checks and balances in places to ensure telcos adhere to the norms set by the Government. The Government of India follows 10 times more stringent norms than what has been prescribed by ICNIRP and recommended by WHO-told by Assistant Director Compliance,DoT Karnataka LSA.

Mobile connectivity is the need of the hour for all sections of society. There is a need to realise  the importance of mobile towers in order to maintain the standard of this essential service; however, due to misconceptions and myths, mobile towers were removed at several places after installation, resulting in poor connectivity. This programme will help address such issues.

During Q&A session, the panellists responded that Network Connectivity is authoritative for a connected future and a healthy infrastructure will support the advancement of many technologies, which in turn would enhance the way we all live and work.

The level of exposure near a cell phone tower typically is many times lower than the exposure from using a cell phone. DoT and Telecom Operators are fully committed and equipped to ensure compliance of guidelines. These guidelines are designed to safeguard the concerns of citizens on EMF exposure norms are adhered as to safeguard our beloved citizens.

Mobile radiation check: Type *#07# on mobile to check mobile-specific absorption rate (SAR). The SAR value, which is the radiation emitted by a cellphone, will have to be displayed on mobile handsets. The 1.6 watts/kg averaged over a mass of 1 gram human tissue are only permitted to be manufactured or imported in India for the domestic market.

Posted by editor-manu-sharma at 8:42 PM