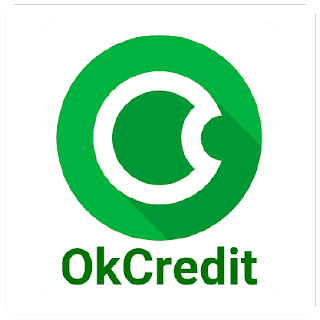 • 47% Increase in transactions on OkCredit App; Sale of sweets rose by 60% during this festive season when compared to the previous year

• Transaction bookkeeping value for OkCredit rose by 13% during this year’s festive season / week when compared with 2019.

• Over 2 million customers settled all their credit dues on OkCredit, with 80% in Tier 3 cities

Festive season has fetched much needed respite to micro, small and medium enterprise sector. These sectors have witnessed faster recovery, particularly sale of sweets, reveals data gathered by OkCredit, the pioneers in digital bookkeeping apps which are fast becoming a new rage among unorganized retailers and traders in India.

Basis the behavior of users, OkCredit gathered data of how the businesses performed during the festive season. According to the data, sale of sweets has gone up by 60% during this Diwali compared to year 2019. This indicates the fervor associated with the festival overcame the fear of pandemic. For other items such as rangoli and lamps the sale has been the same as that of the previous year.

OkCredit data indicates that the growth in transaction on the app was led by kirana and small businesses. These contributed to nearly 55% of this growth even as the overall transactions on the app during the festive period accounted for 12% percent of the transactions for the year 2020.

OkCredit also witnessed an increase in ticket size for jewelry by 16% from the preceding months during the festive season. This is in sharp contrast to the overall trend of shrinkage in ticket size by 22% in general and increase in number of transactions by 47% on OkCredit app during Diwali/ festive season this year in comparison to the same period last year. This signals that merchants are lending smaller amounts which can be accounted to the shrinkage in overall economic activity.

On the business transaction side, the transaction bookkeeping value for OkCredit rose by 13% during this year’s festive season / week when compared with 2019. The company also witnessed highest growth in terms of new merchant addition in Karnataka indicating a growth of 14% during the festive season.

Diwali is known as the end of the financial year with the second day of Diwali marking the beginning of the next fiscal year. OkCredit, during the festive season, settled over 2 million accounts with 80% of accounts being settled in Tier 3 cities. This highlights empowering role modern bookkeeping solution is playing and the trend of micro retail players from small towns and hinterlands embracing digital bookkeeping solutions more than ever before, as it makes their book-keeping task simpler, digitized and secure.

The world is by all accounts gradually reeling out from the pandemic that brought almost the entire population to a haltfor months. The good news is that businesses are finally beginning to look up after a bleak streak that lasted months on end thanks to the festive season which is an extremely hectic time for retailers in India.

OkCredit – ‘Digital India ka Digital Bahi Khata’, PSI PHI Global Solutions Private Limited’s first launched product, makes the book-keeping task simpler, digitized and secure for small businesses. With a mission to help small businesses grow with simple software products, and digitally empower them, OkCredit was launched in 2017 by three IIT KanpurAlumni; Harsh Pokharna, Gaurav Kumar and Aditya Prasad.OkCredit has given a complete digital makeover to the traditional register book - ‘Bahi/Udhar Khata’ and made the daily bookkeeping task simpler and effective for millions of small businesses. The app not just helps small businesses to keep track of credit transactions – both payments and receivables, it sends timely reminders, and also makes it very easier for them to collect and settle balance amounts quickly and accurately, on a click – with an integrated reminderfeature via WhatsApp and SMS. With a vision to accelerate the need for digital transformation for small businesses in India, OkCredit app is completely free to access and ensures 100% safety, data security and accuracy.

With only one user in 2017, this dream project of the three like-minded friends has changed lives for millions of users as of today. The app has already more than 20 Mn downloads and can be accessed in more than 10 Indian languages. Currently, it has over 5Mn active monthly users which include over 100 types of businesses like Kirana store owners, mobile recharge shops, medical stores, apparels amongst others across PAN India. The venture has raised $83 million from investors to date including from Lightspeed Venture Partners, Tiger Global, and Y Combinator.

Posted by editor-manu-sharma at 4:19 PM