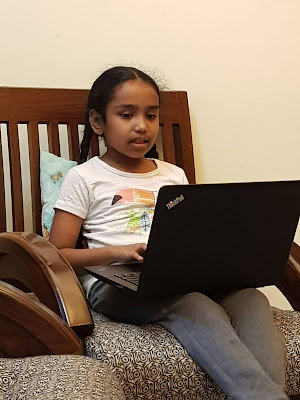 Silicon Valley, as we know it, is the epitome of Innovation, a personification that nothing is off-limits. WhiteHat Jr crafted the Silicon Valley program to reinforce this idea with kids to make accessible industry veterans and to help kids understand that nothing is out of bounds if one dares to dream.

The program entailed getting kids to create an app to solve real-life problems. The kids were shortlisted from the exhaustive list of over 7,000+ entries from across the globe.

"The concept of getting these bright kids to interact with thought leaders was to reduce these conditional barriers that we have placed on our kids. When kids are equipped with the right set of tools to learn in environments that don't restrict their creativity, the results are always astonishing," said Karan Bajaj, Founder and CEO, WhiteHat Jr.

Meeting and interacting with innovators is at the core of what I do, but there's always a stark difference when discussing ideas with young minds. Their purist perspective on complex issues is always refreshing," said Suvir Sujan, Managing Director at Nexus India Capital Advisors. "While the applications may be far from functional, the expanse of their horizons is what makes these dialogues truly enriching."

"It seems as if the new generation was born to learn. But what's most endearing is that these kids aren't just keen to learn but to use that knowledge to make a difference to the world they live in," said Amit Patel, Managing Director at Owl Ventures. "If the future is entrusted to these kids, then we know we are in good hands."

“Our original goal when we created Thunkable was to lower the barrier of entry to coding. Little did we imagine the creativity kids as young as six would unleash. What brings us joy is that the platform that we created has become a catalyst for other creators, a true testament that innovation is age-agnostic”, said Thunkable Co-founder and CEO Arun Saigal.

*WhiteHat Jr. students have created apps available on Google Play Store, with a vision to solve real-world problems. The apps represent the students' original concept and may not be viable for immediate commercial use.

8-yr-old Brinda Jain has developed an app that helps ambulance drivers quickly navigate the busy streets of metro cities. Brinda, who hails from a family of doctors, has often heard conversations about emergencies at hospitals. On numerous occasions, she has also observed ambulances being stuck in bumper-to-bumper traffic. Wanting to do something about this, she was motivated to develop an app called Ambulance Whizz.

It’s impossible for traffic police to be aware of every situation in every corner of the city to help an ambulance navigate faster. With the app’s help, the ambulance driver first selects the type of emergency he is transporting from the various options like cardiac, accident, pregnancy, etc. Then the driver updates his current location before he starts to drive. On the other side, personnel at the Traffic Control Management Centre receive this information and help the driver navigate better. They can help create a fast track corridor for the ambulance to reach its destination on time by deviating traffic accordingly, thus saving lives.

WhiteHat Jr. has been launched with a singular mission of enabling kids to become creators of technology versus its consumers. We believe in kids' holistic development and propagate that Coding should be done alongside all important life-skills, including sports, music, and crafts.

WhiteHat Jr.'s proprietary activity-based coding curriculum journey for kids begins with simple drag and drop programs and ends with complex logic apps. Kids are introduced to code through personal training based on creativity, engagement, and applied-learning.

To date, we have trained more than 125k students across the globe, including countries such as India, the USA, UK, Australia and New Zealand. Our 11,000 strong women-only teacher workforce conducts more than 40,000+ 1:1 LIVE online classes every day on our proprietary platform.

Posted by editor-manu-sharma at 1:40 PM