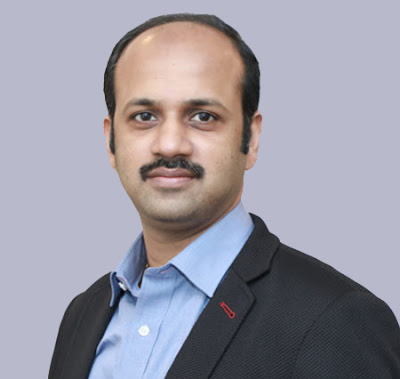 Observed every year on August 13th every year, Organ Donation Day aims to dispel prevalent myths as well as encourage people to pledge to donate their organs after death. Union Ministry of Health & Family Welfare, Government of India had formally launched the day in the year 2010 in New Delhi with a twin focus of raising awareness and inviting people to commit to the act by eliminating common myths and fears that surround the process of donation. Through various campaigns it is aimed to educate people about the life changing practice and its importance in giving a fresh lease of life to those in need of these vital body parts. The significance of organ donation is underpinned by the fact that a single donor can save up to eight lives. Kerala's Deceased Donor Organ Transplantation Program, a Kerala Government Initiative was established on 12th August 2012.

* According to National Health Portal, each year 500,000 people die on account of non-availability of organs. Following statistics further illustrate the urgency in this area:

What is an organ?

A part of the body that performs a specific function is called an organ. Some examples of organs are heart, lungs, kidney, liver, eyes and ears.

What is Organ Donation?

Organ donation is an act when a person chooses to donate an organ from their body to a person who has an end stage organ disease and needs a transplant.

Which organs and tissues can be transplanted?

Anybody can donate organs. Strict medical criteria and not age, caste, religion, community decide who can be a donor. Typically, there are two categories of donors:

Living donor is a healthy person who voluntarily authorizes the removal of an organ or /and tissue during his or her lifetime. They should not be below 18 years of age.

Deceased donor is someone who, regardless of his or her age, donates the organ after death.

How can you be a donor?

There are two ways to become a donor:

a. A person can pledge to donate organs while he or she is still alive. In this case they will be issued a Donor Card which is acts as a will after the death. To become a voluntary donor, visit the official site of National Organ and Tissue Transplant Organization (NOTTO) (www.notto.gov.in). People who have pledged to donate organs are encouraged to publicize this act in order to inspire others to follow suit.

b. In case of an absence of a formal registered pledge for people declared brain dead or dead, the organs can be donated after obtaining consent of the surviving family. Transplantation of Human Organs Act lays down the rules in such cases. Before commencing the process, it is mandatory to procure consent from family, coroner and legal authorities in addition to following the procedures laid down in the act.

Myths and reality regarding Organ donation

1. Myth: My doctor or the emergency room staff may not work with as much dedication to save my life if I agree to donating my organs. They will be in a rush to remove my organs to save someone else.

Reality: Doctors are under oath to save your life and not someone else’s at your expense. Besides, the doctor in charge of your care has nothing to do with transplant. Please note that the organ transplant can only be undertaken once declared brain dead.

2. Myth: What if I am not really dead when they sign my death certificate? It will be too late if they take my organs. Perhaps I could have recovered?

Reality: People don’t start spluttering or wiggling their toes once declared dead; this is a popular topic in the tabloids only. Far more rigorous testing is done to ensure that those who have signed a pledge are really brain dead than those who have not undertaken any such promise.

3. Myth: Organ donation is against my religion.

Reality: Organ donation is one of biggest acts of ‘giving’ and all religions exhort generosity. None of the religions object to organ donation and transplantation. In case you have doubts, check with your religious leader or community.

Reality: That's true, in a legal sense. But your parents can authorize this decision. You can express to your parents your wish to donate, and your parents can give their consent knowing that it's what you wanted. Children, too, are in need of organ transplants, and they usually need organs smaller than those an adult can provide.

5. Myth: Organ and tissue donation will disfigure my body.

Reality: Organ and tissue donation doesn't disfigure the body. Donated organs are removed surgically, which doesn't disfigure the body. Also since the donor's body is clothed for burial, so there are no visible signs of organ or tissue donation. (For eye donation, an artificial eye is inserted, the lids are closed) For bone donation, a rod is inserted where bone is removed. With skin donation, a very thin layer of skin similar to a sunburn peel is taken from the donor's back. Because the donor is clothed and lying on his or her back, no one can see any difference.

6. Myth: I'm too old to donate. Nobody would want my organs.

Reality: Age does not account for factors of significance while deciding on organ donation. Strict medical criteria are adhered to in such situations. Besides, there is no prescribed cut-off age and successful transplantations have been conducted from donors in their 70s and 80s. It is for the doctors to decide at the time of death, whether the organs are suitable for transplantation or not. There is no point in stopping yourself from undertaking that pledge which could potentially save a life or more.

7. Myth: I'm not in the greatest health, and my eyesight is poor. Nobody would want my organs or tissues.

Reality: Very few medical conditions automatically disqualify you from donating organs. The decision to use an organ is based on strict medical criteria. It may turn out that certain organs are not suitable for transplantation, but other organs and tissues may be fine. Let that decision be the doctor’s based on the medical assessment.

8. Myth: Rich, famous and powerful people always seem to move to the front of the line when they need a donor organ. There's no way to ensure that my organs will go to those who've waited the longest or are the neediest.

Reality: Organs donations are not decided on the basis or wealth, social status, caste, religion, gender but purely on the need for the organ, the time spent waiting, blood type and other important medical factors. There is a lot of publicity surrounding celebrity organ transplants which may give the impression that because of their money and clout they can jump the cue but they are not given priority in allocation of organs.

9. Myth: My family will be charged if I donate my organs.

Reality: Hospitals pass on the costs of organ removal to the transplant recipient and never to the donor’s family. The family is charged only for the cost of all the final efforts to save the donor’s life, which might get misconstrued as charges related to organ donation.

Reality: Any commercial dealing is prohibited and a punishable crime under the tenets of “The 'Transplant of Human Organs Act'.

Posted by editor-manu-sharma at 2:27 PM