What Does the Future Hold for Humanity? Find Out Through ‘TechBay’ on DocuBay! 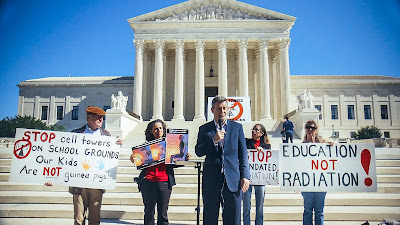 Will science succeed in fighting the rapidly emerging threat of antibiotic-resistant superbugs? Can Artificial Intelligence be taught the complexities of human morals and understanding? When will the first perfect prototype of self-driving cars hit the road? These and many more intriguing topics get unraveled through a bunch of new documentaries launched on DocuBay, the global premium video-on-demand membership streaming service by IN10 Media Network.

Continuing to bring different stories, experiences, and perspectives for documentary fans, DocuBay launches a new ‘TechBay’ exploring the future promises and possibilities through technological advancement. From robots that can reason to overcome the global water crisis to the possibility of human existence on Mars to preparing astronauts for space travel, TechBay brings a broad range of documentaries revolving around fascinating and topical issues of artificial intelligence, space technology, and cutting-edge medical developments, among others.

Speaking about the launch of the new bay on the streaming service, Adita Jain (Head - Content Acquisition, DocuBay) said, “We’ve been really looking forward to launching a category on Technology.  Offering fresh, relevant content through categories like the new TechBay is critical to continually engage viewers. We have more new bays in store and can’t wait to share them with DocuBay’s global community of documentary film fans.”

*Attached document with a detailed synopsis of the above titles

The titles under the TechBay category are now available for global streaming on DocuBay in 180+ countries, with the app available on platforms such as the App Store, Google Play, Fire TV, MiTV, and Apple TV, among others. www.docubay.com
Posted by editor-manu-sharma at 4:24 PM