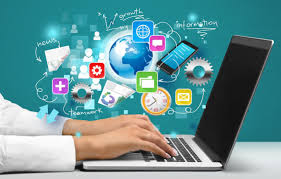 IT stocks have corrected 25% CYTD’22 – a stark relative underperformance of 15% over broader markets and driven by higher odds of a recession in DMs in the next 12/18 months. This note is a thorough analysis of the IT sector’s revenue, margin and stock price performance during the well-documented recession of 2008 (GFC) and the more recent 2020 pandemic crisis. The conclusions, as we table below, are surprising and call for buying into this price rout. We further highlight how the shrinking margin gap of Indian IT players against their global IT peers will soon put a floor to the multi-decadal trend of progressively declining sector margins. We are factoring in a higher COE and assigning 30% odds of a global recession. This cuts our target multiples by 13-26%, but we remain confident that the sector will maintain its premium valuations over its pre-pandemic levels. Our top Buys are INFO, HCLT, WPRO, TECHM, MTCL/LTI and MPHL.

Revenue and margin behaviour contrast with each other: IT sector’s revenue growth shows directional causality to US GDP growth – with a sharp moderation during the 2008/2020 recessions. During GFC, revenue slowdown pre-empted the actual recession by a quarter, while during the pandemic, the decline was in sync. Revenue rebounded to pre-recession growth rates post GFC recovery and actually surged higher after the pandemic. Surprisingly, margins expand during recessions and revert to the mean in the recovery phase. While rupee depreciation and lower churn are compensatory causes, IT companies do well to control discretionary costs.

Stock prices override fundamentals as recession fear sets in…. and then surge: IT sector underperformed massively by 30% a quarter prior to the 2008 recession. During the pandemic, almost all sectors declined simultaneously and thus less relevant here. The key observation here is that the IT sector’s outperformance during the recession and recovery thereafter is stunning. The surprise element here is that the actual EPS estimates in years 1 & 2 of the recovery actually come in about equal or higher than when they were before the recession fears set in. In a nutshell, revenue catches up to the pre-recession trend a year or two into recovery, while EPS settles higher. So the impairment of intrinsic value is limited to the discounting of loss of growth over 12/18 months – a hit of about 3% to the stock value.

Rating changes: We reinstate MTCL and LTI to Buy with TPs of Rs3,400 and Rs4,700, respectively, at 25x Jun’24E EPS, taking into account attractive valuations after the recent corrections and benefits from merger synergies in the medium term. TCS’s stock performance has remained resilient in the last 6M. However, due to the relatively expensive valuation after factoring a 30% probability of recession, we downgrade it to Hold. Our pecking order: INFO, HCLT, WPRO, TECHM, and TCS among Tier-1 names; and MTCL, LTI, MPHL, FSOL, PSYS, ROUTE, BSOFT, and ECLX among mid-caps.