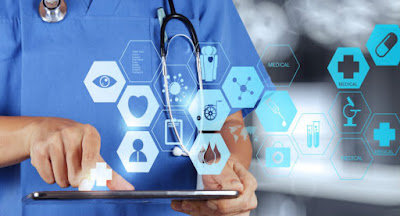 The CACTUS Mental Health Survey Report contains an analysis of a survey designed by Cactus Communications and analysed by Shift Learning, aiming to better understand the area of researcher mental health. It is based on the opinions of 13,000 researchers from over 160 countries, gathered over 8 months using a range of channels.

A large proportion of the survey period was during the COVID-19 pandemic, which has been taken into account when interpreting the results.

INSPIRING WORK ENVIRONMENTS – Nearly half of respondents indicated that the academic environment they worked in inspired them to work towards their research goals. Many open comments spoke of the support of peers but noted that their wider organization and/or leadership was less supportive and inspiring. More senior respondents were more likely to be inspired by their environment compared to PhD scholars or those having worked in research for under 10 years.

PURPOSE AND FULFILLMENT – Researchers’ lives seem to have many positive aspects and 76% agreed their work gave them a sense of purpose or fulfilment. 65% agreed that they enjoyed their non-research responsibilities.

LONG WORKING HOURS – Researchers in our survey worked long hours, with over 31% reporting that they worked more than 50 hours and 13% reporting that they worked more than 60 hours per week. Researchers working in academic settings were significantly more likely to report working upwards of 50 hours per week (32%) compared to those working in other sectors. Those who worked longer hours were more likely to report feeling overwhelmed fairly or very often.

DISCRIMINATION AND HARASSMENT – While 64% of respondents indicated they felt welcome and included in their organization and with their peers, 37% of respondents had experienced or were experiencing discrimination, harassment or bullying, with 60% of mixed-race researchers, 45% researchers self-identifying as homosexual and 42% of female researchers reporting this. Those who had experienced discrimination, harassment or bullying were more likely to also indicate they had felt overwhelmed in the last month than those who had not.

THE IMPORTANCE OF WORKPLACE POLICIES – Respondents were highly divided when asked whether their organizations had adequate policies in place around discrimination and harassment, ethics, and work-life balance, perhaps indicating some highly varied practices across the sector. The presence or absence of robust policies seemed to have a strong impact on whether respondents reported experiencing negative behaviors and how often they felt overwhelmed by their work situation. 66% of those who strongly agreed or agreed that their institution lacked strict policies in this area reported having experienced discrimination, harassment or bullying at work, compared to 21% of those who reported being in institutions that had strict policies in place. Similarly, 48% of those who agreed or agreed strongly that ‘My organization does not have strict policies to prevent, detect, and take action against any form of discrimination/harassment/bullying’ had felt overwhelmed fairly or very often, compared with 32% or disagreed or strongly disagreed with the statement. Strict policies appear perhaps to be a key defining element of a supportive workplace.

SEEKING SUPPORT – 49% of respondents said they would not discuss work-based feelings of severe stress or anxiety with relevant people/authorities in their workplace. Key barriers here were a sense that others would be unable to help, concerns that it might reflect poorly on that individual, fear of not being taken seriously, and a sense that these feelings were part of normal academic life. The sense that stress and anxiety were normal in academic life also often prevented researchers from seeking professional help when they encountered these feelings.

Posted by editor-manu-sharma at 4:01 PM