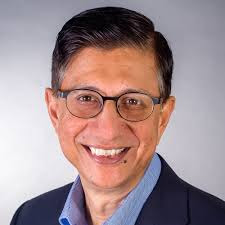 Western Digital (WD) a US-based computer hard disk drive manufacturer and data storage company has made significant inroads into the Indian market. After the acquisition of SanDisk in 2016, its India research and development (R&D) centre in Bangalore has become one of its key design centres employing over 2700 engineers mainly through its successful University Hiring Program.

Talking to the media, Siva Sivaram, Executive Vice President, Western Digital says, "We have seen our university hires file patents and generate trade secrets within the first year of joining. This is a true testimony to our culture of innovation. SanDisk had a big presence in Bangalore since 2006 with 70 persons and these has been further strengthened under Western Digital. There has been a growth of employment and patents so much so that it’s now the second biggest facility after the US offices."

The company hires freshly graduated college students with bachelors/masters engineering degree directly from top colleges across the country for the post of Design Engineers. The candidates need to show scripting skills in python/Java languages and exposure to hardware design. Similarly, the company also hires Firmware Engineers. Ideal Candidates have exposure to hardware design and can program in machine language as well as high level languages like C, C++.

Western Digital is an authority on non-volatile memory technology and has also been adding 150-200 masters and PhDs students every year from every high Indian universities.

Sivaram remarks, "India is a strategic region for WD and we have grown ten times in the last 5-6 years and almost doubled in the last two years, The strong team in India has played a pivotal role in the company's R&D and product development strategy of the company. The engineering R&D division expertise includes ASIC, memory design, storage, firmware and software development for clients, mobility, enterprise and data centre solutions. The India R&D facility has numerous patents to its credit and have developed key products like the 200 GB micro SD card and 128 GB micro SD card."

Lately India R&D centre has become one of the key engineering sites globally. The centre contributes significantly to the overall innovations in the enterprise, embedded and consumer storage technology segments. “Our focus has been to develop strong end-to-end capabilities in product development across multiple segments of our diverse product portfolio and operate in four verticals, which include retail consumers of SD cards, mobile companies, client computing with laptops, desktops, in the enterprise, and hyperscale data centres," he remarks.

SanDisk has its headquarters in Sunnyvale, California and and two more centres in Irvine and Rochester in the US and additional R&D centres in Israel, Japan, and India. "We don't have a centre in Europe," stated Sivaram.

India is a high growth market and our customer count continues to grow, especially in the mobile segment.  India is the second-largest mobile subscriber base in the world after China. Besides India is a key market and it has been witnessing rapid adoption of consumer electronics such as mobile phones, digital cameras, personal computers and digital music players where SanDisk is uniquely positioned to capitalise on the storage needs of these large, fast-paced markets.

IDC India forecasts that the external enterprise storage systems market is expected to grow at a single-digit compounded annual growth rate (CAGR) for the 2018–2023 time-period. The advent of 3rd Platform technologies and digital transformation initiatives across organizations would drive incremental revenues in the near future.
Posted by editor-manu-sharma at 1:26 PM