Niki Marks 750x Growth in Hindi Volumes in a Year, Targets to Hit an Annual Run Rate of $100 Million 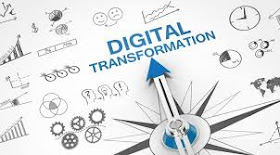 With an impressive 30% month on month growth, India’s only regional language B2C commerce app Niki, is consistently growing its presence among the first time internet users of the country. Currently, Niki is operational in 4 Indian languages and it has fulfilled over 1 million transactions across Hindi, Bengali and Tamil with gross merchandise value (GMV) on track to hit an annualised run rate of $100mn by March 2020.

It will also go deeper in smaller towns and cities by adding 25,000 more Tier 2-4 localitie, to build on the 18,000 localities in its current footprint across the Hindi belt of India.

While 90% of the current apps cater to the English speaking population, Niki is digitising household expenses for Indian regional language-first users through its unique voice and local language enabled commerce app. It provides handholding and assurance on all online transactions.

“Niki is on a mission to turn India’s 500 million new Internet users into transacting consumers. With an aim to make technology more inclusive and accessible, Niki introduced Hindi in October 2018 and since then GMV contribution by the Hindi users has seen 750x growth.” said Niki’s CEO and Co- founder Sachin Jaiswal.
He further said,” We are on a mission to build the most trusted app to avail services online for new Internet users, and we aim to grow this to $1 billion GMV by 2021.”

Backed by, US-based venture fund EMVC, Mr. Ratan Tata, Ronnie Screwwala’s Unilazer ventures and Japan’s Recruit Strategic Partners, Niki has built Internet commerce in the style that’s most natural to these users: A local agent, whereby a user can replicate talking to a neighbourhood human agent in their own language to access hundreds of services.
With deep technology mirrors and enhances the offline experience leveraging machine learning and Natural Language Processing Niki empowering the Indian first time internet user with their first language.
Here are a few statistics that tell us why Niki is the market leader for online transaction for new internet users in India.

1. While 90% of current digital voice-assistants in India communicate in English, Niki’s Hindi voice feature is empowering 44% Hindi-speaking Indians, to use technology in their first language.
2. 80% of Niki’s users is coming from India’s Tier 2 and beyond localities. The 500 million new Internet users that India is expected to have in the next few years, are all emerging from these tier 2, tier 3 towns and Niki aim to turn these users into transacting consumers.
3. While 28% of search queries in India are done by voice and Hindi voice search queries are growing at over 400% year on year, every 2 out of 3 Niki users engage with voice.
4. Niki recently added Bengali and Tamil to its list of languages and will soon launch language support in other Indian languages such as Telugu, Kannada, Malayalam and Marathi.
editor-manu-sharma at 4:20 PM