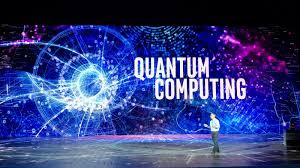 A team of scientists from the University of New South Wales (UNSW) in Australia has measured for the first time accuracy of two-qubit operations in silicon, a feat that would enable scaling up to a full-scale quantum processor.

Computers today process information in binary bits that take either a 0 or 1 value while quantum computers depend on the related but superior concept of the qubit. What makes qubits superior to conventional bits is that in addition to just occupying a 0 or 1 position, they can occupy both at the same time -- what's known in quantum mechanics as the superposition.

The research published in the prestigious journal Nature, promises quantum computers that would enable a vastly more powerful and faster way of making calculations than the computing power we've had until now.

In 2015, Dzurak and fellow researchers built the world's first quantum logic gate in silicon, so that two qubits could communicate with one another.

The experiments were performed by Wister Huang, a final-year PhD student in Electrical Engineering, and Dr Henry Yang, a senior research fellow at UNSW.

A number of groups around the world have since demonstrated two-qubit gates in silicon but the true accuracy of such a two-qubit gate was unknown.

“Fidelity is a critical parameter which determines how viable a qubit technology is – you can only tap into the tremendous power of quantum computing if the qubit operations are near perfect, with only tiny errors allowed,” informed Dr Yang.   UNSW leads in innovation having received $550m in research income and ranked at top position in Australian Research Council Linkage Industry grants in Australia in 2017.

In this study, the team implemented and performed Clifford-based fidelity benchmarking - a technique that can assess qubit accuracy across all technology platforms - demonstrating an average two-qubit gate fidelity of 98 per cent.

“Quantum computing is this century’s space race – and Sydney is leading the charge. This milestone is another step towards realising a large-scale quantum computer,” said UNSW Dean of Engineering, Professor Mark Hoffman.

Quantum computers will have a wide range of important applications in the future thanks to their ability to perform far more complex calculations at much greater speeds, including solving problems that are simply beyond the ability of today’s computers.

“But for most of those important applications, millions of qubits will be needed, and you're going to have to correct quantum errors, even when they’re small,” said Professor Dzurak.

“For error correction to be possible, the qubits themselves have to be very accurate in the first place – so it’s crucial to assess their fidelity.”

The researchers said that silicon as a technology platform is ideal for scaling up to the large numbers of qubits needed for universal quantum computing.

“We think that we’ll achieve significantly higher fidelities in the near future, opening the path to full-scale, fault-tolerant quantum computation. We’re now on the verge of a two-qubit accuracy that’s high enough for quantum error correction,” informed Professor Dzurak.

In another paper – recently published in Nature Electronics – the same team achieved the record for the world’s most accurate 1-qubit gate in a silicon quantum dot, with a remarkable fidelity of 99.96 per cent.

Researchers at UNSW, who take pride in creating the most efﬁcient silicon solar cell and engineering the technology to turn old tyres into steel as well as starting the quantum computer, offer an incredible study environment to nurture growth and encourage forward-thinking among its 60,000 students from over 130 countries, says Amit Dasgupta, former diplomat and founding India country director for UNSW India.
Posted by editor-manu-sharma at 11:45 AM